Thinking about attending a sporting event with a child under 2? If you read our post on attending the Penn State Bowl Game in Phoenix with a baby, you already know that my husband and I are a little Penn State obsessed. Our son’s first football game was that Phoenix bowl game at 8 months old, and we knew it’d be the first of many.

Although the idea of taking a baby or toddler to a game can seem a little daunting, there’s no reason to stop just because you have a baby in tow. First of all, babies and toddlers under 2 are almost always FREE at stadiums if they sit on your lap. (One of my favorite things about traveling with a child under 2.) And second, your child might actually enjoy it! Keep reading for our tips and tricks for attending a sporting event with a child under 2.

Many stadiums and areas now have strict policies on the size and type of bags you can bring. This clear, stadium approved bag is our favorite to use when attending football games in particular. Keep in mind that bag policies by stadium may differ, so be sure to check before attending the game or event. If you’re bringing a baby to a game, the last thing you want is to show up with a diaper bag and be told you can’t bring it in! Below are general guidelines on bags for professional sports organizations in the United States at the time of this post.

Bring ear protection for a baby

Most stadiums get way too loud for little ones’ sensitive ears. This is especially true if the game is indoors, which was our experience at the Cardinal’s stadium in Phoenix, Arizona. The entire experience can be overstimulating as it is, and the last thing you want to do is to damage their little ears. We recommend the noise limiting headphones for babies shown below for sporting events.

Take breaks during the game

While the football game we went to when our son was a baby was relatively easy, it was a little different once he started walking. Whenever he got restless, we would find an open space for him to safely run around for about 15 minutes before heading back to our seats. As our son got closer to 2, he got a little better at sitting but still needed those breaks to run around!

Keep in mind that intermissions can be super crowded, so you’re better off taking a break mid-game if you want enough space. Taking breaks is also important for younger babies that can get over stimulated with the crowds and noise.

Stadiums are often limited in food options, and every one that we’ve been to so far has allowed outside food and drinks for babies and toddlers. When our son was just starting to eat solids, bringing our own healthy snacks and meals was important for a happy baby. He’s munching on these teething wafers in the picture below, which were a favorite to travel with when he was 8-12 months old. Now that our son is a toddler, we typically purchase meals at the stadium or arena but continue to bring snacks so they’re readily accessible. Not only does it save money, but it keeps us from having to wait in long lines for food. (Because no one wants to deal with a hangry toddler!)

If you’re used to venturing out with a baby or young toddler, you probably already have a routine for things to bring when going on outings. Below are a few things to keep in mind when it comes to having a baby outside for a game.

Just like flying, most stadiums allow children under 2 in for free if they sit on their parent’s laps. We learned the hard way, however, that many college football stadiums have significantly smaller seats than NFL stadiums. Unless I was going with an baby under 1 year old, I would buy my child a seat next time we go to a Penn State Football game. The seats are just way too small for anyone to be comfortable and really enjoy the game!

I often feel like at this age naps rule our schedule. Once my son got into a routine, though, we quickly realized it wasn’t fun for any of us if he missed a nap or bedtime. Fortunately, many professional and college sports have varying start times to give you options for attending games with a young child. (That is, of course, if this is something that’s important to you!)

In addition to bag policies, each stadium typically has different policies on strollers, food and other items you may typically have when going somewhere with a baby or toddler. (Strollers in particular often aren’t allowed so bring the baby carrier!) Each stadium is different, and you don’t want to get stuck not getting your stuff or your child into the stadium after making it there. We know that half the battle is often getting out of the house!

Another thing that’s important to keep in mind is etiquette for the sport. It’s definitely not much of an issue for most games with loud stadiums, but it’s definitely a factor when it comes to golf. (Unless you want your child to be known as the baby or toddler who ruined a shot!) We brought our son to The Open in Northern Ireland recently, where you need to be quiet every time the player is hitting the ball. Since it’s not really fair to ask our 2 year old to be quiet that long, we solved this by finding spots on the bunkers. So we were far enough away but still able to see the action. It was my first golf tournament with a toddler, and The Open did an awesome job at providing activities for kids throughout.

Don’t rule out tailgating with a baby or toddler

Think that your tailgating days are over once you start going to games with little ones? That doesn’t have to be the case! I have to give our friends credit for our son’s first college football game because they were SO prepared. Not only did they have kid-friendly food options, but they had tons of toys and a pack-n-play to keep our young toddlers contained when needed. Between the music, games and people to talk to, our son probably enjoyed tailgating more than the game itself. (Not unlike his Mom!) Note: Penn State in particular has some sections that are more family-friendly and some that aren’t. If you’re smack in the middle of a bunch of college kids or adults that have been heavily drinking, it may not be the best scenario!

Please share if you have any additional tips for attending a sporting event with a baby or toddler!

Processing…
Success! You're on the list.
Whoops! There was an error and we couldn't process your subscription. Please reload the page and try again. 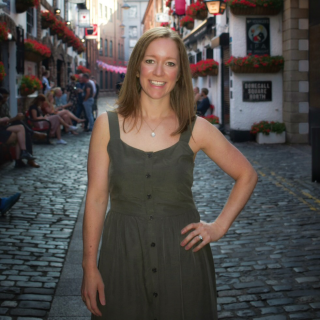 Hi there! I'm Amanda Emmerling, the creator and content writer of Toddling Traveler, a family travel blog. I live near Pittsburgh, Pennsylvania with my husband, toddler, baby and a huge dog named Sydney. My son, along with my love for travel, is the inspiration for this blog and I’m excited to share our adventures with you as we learn a few things along the way. Check back regularly for family friendly travel inspiration, travel tips and tricks and fun things to do with kids in Pittsburgh. Thanks for joining us!